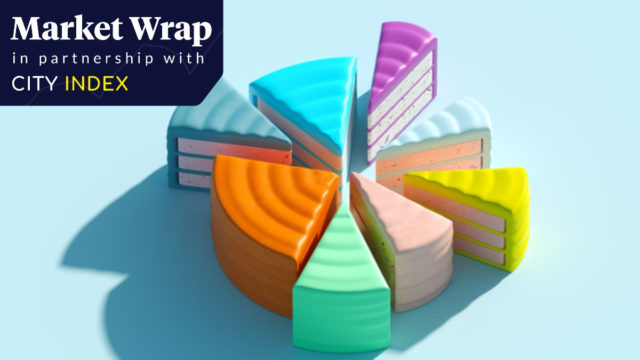 US sharemarkets fell more than 2 per cent last week on inflation and interest rate concerns, topped off by the emergence of a new variant of the coronavirus now named Omicron.

Alan Kohler: Omicron is a natural disaster. We should treat it as one

Headlines on Friday that new cases of the Omicron variant had been detected in Hong Kong were enough to see the already teetering ASX200 fall 128 points, locking in a 1.6 per cent loss for the week.

Here are the top five things to watch in markets this week.

Omicron carries many mutations in its spike protein, raising concerns that it may spread more easily than previous variants and that existing vaccines may be less effective against it.

The market will likely come to the conclusion that a vaccine for Omicron will be available within months, given the existence of mRNA technology.

But in the meantime, markets will remain volatile.

2. What will happen to crude oil after its Black Friday plunge?

Crude oil plunged 12.62 per cent on Black Friday on thin volumes and uncertainty over what Omicron’s arrival means for oil demand from air and auto travel.

The sell-off must have bought a smile to the face of US President Joe Biden, coming soon after his campaign to bring down energy prices culminated in last week’s announcement to release strategic reserves of oil.

Was the sell-off an overreaction, and how will OPEC+ respond at its meetings later this week?

3. By how much did Australia’s economy shrink in the third quarter?

The impact of lockdowns in New South Wales, Victoria and the ACT is expected to show that the Australian economy shrunk by 2.7 per cent in the third quarter – not as bad as initially feared after the release of stronger-than-expected capex and construction works surveys last week.

4. Has Bitcoin fallen too far?

Can Bitcoin and the other cryptocurrencies stabilise and rally this week, or are lower prices still to come?

US jobs data for November is released on Friday and expected to show a 500,000 gain in jobs and the unemployment rate to fall to 4.5 per cent.

Should the number prove to be much stronger than outlined above, it would likely see the market pivot towards a faster rate of tapering in 2022 of the Federal Reserve’s bond-buying program known as QE.

Brought to you by City Index. Access to over 4500 global markets on shares CFDs, Indices, Forex & Crypto with a trusted provider.

All trading carries risk. The figures stated are as of November 29, 2021. Past performance is not a reliable indicator of future performance. This report does not contain and is not to be taken as containing any financial product advice or financial product recommendation

The post Omicron and crude oil dominate what to watch in markets this week appeared first on The New Daily.

Alan Kohler: Omicron is a natural disaster. We should treat it as one

Get ready for stiletto Crocs, courtesy of Balenciaga