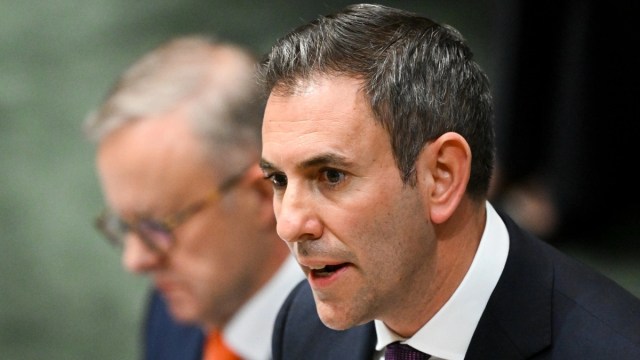 Corporations like Facebook, Google and Apple are staring down the barrel of a huge crackdown on their tax affairs as the Albanese government moves to claw back billions from multinational giants.

In a paper released by Treasurer Jim Chalmers on Friday, the government canvases a swathe of reforms designed to stop big companies from minimising their notoriously low local tax bills.

Dr Chalmers said the proceeds from the crackdown will be used to help fund public services.

“Our multinational tax package will close tax loopholes exploited by multinationals and improve tax transparency,” he said in a statement.

“This will benefit Australians by funding vital services like Medicare, aged care and childcare; helping to service the trillion dollars of debt racked up by the former government; and levelling the playing field for Australian businesses.”

The crackdown will enact one of Labor’s election commitments and is expected to draw in an additional $1.89 billion for the federal budget over four years – though this is just an estimate.

Australia’s effort is designed to work in tandem with a wider international crackdown on big corporations intentionally “fleecing” taxpayers around the world, which is being led by the Organisation for Economic Co-operation and Development (OECD).

There are three prongs to the reforms Labor is pursuing to crackdown on multinational tax minimisation, according to the consultation paper published on Friday.

The first is a proposal to limit deductions multinationals can claim on the debt that finances their Australian operations, which are currently limited under a so-called “thin capitalisation regime”.

Basically, multinationals can reduce their tax bills by claiming deductions on the interest they pay on debts related to their operations – typically limited to 60 per cent of their average asset value.

These rules are often exploited by companies, which use their international scale to adjust the mix of debt and equity in a particular country, allowing them to drastically reduce their tax bills.

The government wants to tighten this regime and align it with the OECD’s proposals by instead limiting the interest expenses multinationals can claim, which is a much more direct approach.

This would see the amount of net interest deductions a multinational can claim limited to 30 per cent of their pre-tax earnings, ensuring their tax deductions are tied to actual economic activity.

The second part of the reforms outlined by Treasury on Friday relates to multinationals using royalties and other intangibles, such as their brand names and logos, to reduce their taxation bills.

Basically, companies can use these mechanisms to shift profits to low or no-tax jurisdictions, allowing them to avoid paying tax in Australia by structuring their ownership outside the country.

The government wants to put a limit on the amount of these deductions that can be claimed, which (in theory) should make it much harder for multinationals to shift their profits overseas.

The third plank of the tax strategy will improve tax transparency.

The government wants to introduce rules requiring the public release of high level data on the amounts of tax large multinationals pay in the places they operate, alongside the number of people they employ.

The measure is commonly known as “country by country” reporting and has been backed by the OECD’s tax reform efforts, with the idea being that better information about tax arrangements will inform public debate about the issue and put additional pressure on companies to pay tax.

Tony Greco, general manager of technical policy at the Institute of Public Accountants, said the paper is just the start of a long reform process that will involve international cooperation.

“The consultation paper lives up to [Labor’s] pre-election commitments and complements the government’s other multinational entity tax initiatives,” he said.

The global plank of the tax reforms is still shrouded in uncertainty, with US political roadblocks hanging over attempts to enshrine a 15 per cent floor onto global taxation rates, and create new measures designed to ensure multinationals pay tax in the countries they book sales in.

“Whilst [Labor] cannot control the OECD BEPS solutions, as it is one of many participants in the negotiations in so far as where it lands and timing, it is getting on with what it can control,” Mr Greco said.

The government is inviting submissions on its plan until September 2.

The post Multinational tax crackdown looms as Labor reveals plan to claw back $1.8 billion appeared first on The New Daily.