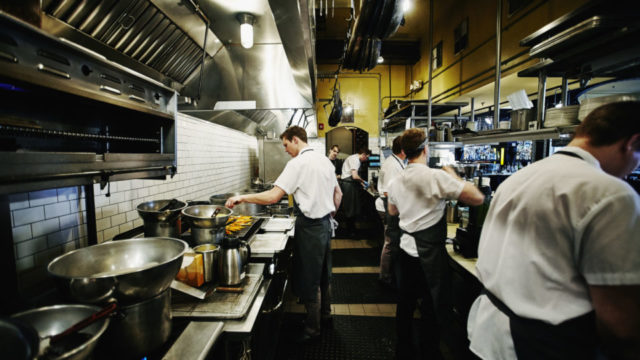 Business owners have slammed the New South Wales government for exposing them to an extended lockdown by failing to properly enforce the state’s COVID restrictions.

They said residents have put others at risk by going to the beach or shopping at a time when cafe and restaurant owners have been forced to close their doors.

On Wednesday, Talal Almardoud, owner of Syrian venue Damascus Restaurant in Sydney’s West, was forced to confront the fact that his business might be about to fail.

“There’s literally nothing I can do,” Mr Almardoud, a Syrian refugee who came to Australia in 2013, told The New Daily.

“I worked for years to save up the money to start this business … we were becoming successful, then the lockdowns came. I feel like my business is failing.”

“We’re just going into a bigger hole. I have to go further into debt to make sure the business is still running … I didn’t even have enough money to start with,” Mr Almardoud said.

Mr Almardoud and other Sydney restaurateurs are frustrated after spending the past two weeks fighting to keep their small businesses together while watching newsreel footage of residents hitting the beach and browsing for clothes at their local Westfield shopping centre.

“They’ve called this a lockdown and it’s not,” Andrew Purcell, owner of Corridor Newtown, told The New Daily.

“Why can I go into Westfield and order some clothing? Is that essential shopping? There’s a bookshop open next door to my bar in Newtown.”

“It would be better if we had a really tough lockdown,” Mr Almardoud said.

“I saw on TV the other day that people were having a big party. These things really undermine all our efforts … this half lockdown could last for a very long time.”

It’s easy to see why the past fortnight has enraged business owners – they have now experienced more than a year of constantly changing rules.

“I originally planned for everything to be up and running by September, but I think that’s going to be more like Christmas now,” Mr Purcell said.

Before June, the hospitality sector appeared to be booming as Australians flocked to bars and restaurants after months of restrictions.

But more recent data from POS provider Lightspeed suggests most of those gains have now been lost.

Transaction data from 10,000 businesses across the country shows restaurants reported a 15 per cent decline in sales over the month of June. Bars reported a drop of 14 per cent and cafes experienced a drop of 10 per cent.

The falls were largest in NSW, where restaurant sales fell 21 per cent; bars, 19 per cent; and cafes, 11 per cent.

AMP Capital chief economist Shane Oliver has previously estimated Sydney’s lockdown is costing the state $140 million every day, which would bring the total cost to almost $3 billion if restrictions end as scheduled on Friday, July 16.

Electricity prices are falling. Here’s how to make the most of it

Alan Kohler: So many pandemic questions, so few answers, so much spin